Home » Understanding the Different Types of PC Hardware
Off 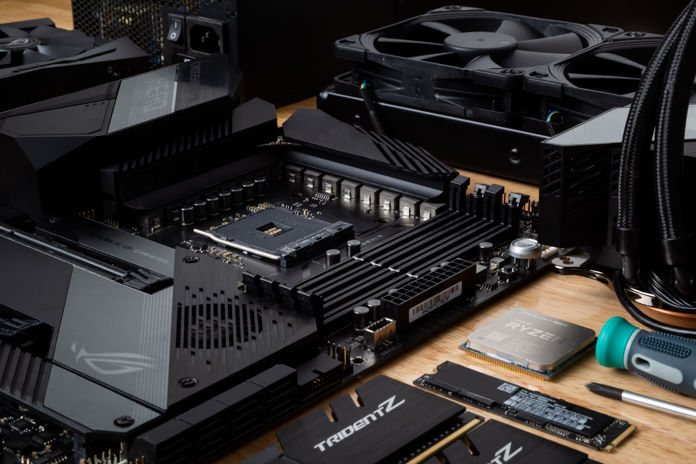 A computer is a piece of hardware that includes the central processing unit (CPU), the motherboard, random access memory, the graphics card, the sound card and more. There are a number of different types of hardware that can be found in a computer, and it’s important to understand the difference between each type.

The CPU in PC hardware is one of the most crucial components of your computer. It is responsible for processing all your computer’s instructions.

CPUs are small chips that sit in a socket on your motherboard. Each CPU has two primary components. These are the control unit and the central processing unit.

The CPU is often referred to as the brain of a computer. It executes instructions, performs calculations, and interprets input from peripherals.

Unlike the early computers, modern CPUs use a number of cores. This allows for more computational power.

A motherboard is a vital component of your PC hardware. It holds all of the computer’s components in place and coordinates with other system hardware. The components are usually attached to the motherboard through a number of sockets.

The CPU is the center of the PC, and is a major component of the motherboard. A motherboard has sockets for memory modules, such as DDR3, DDR5, or RAM.

Motherboards often include graphics cards, sound cards, and peripherals. There are also sockets for external devices such as SSD storage or LAN cards.

A graphics processing unit, also known as a GPU, is a computer chip which performs rendering calculations on large amounts of data. It is most widely used for gaming, but it can also be useful for other applications.

The GPU is a programmable processor that has a number of cores, each of which handles a different operation. These cores work together to create an image, or a video. Some modern GPUs have framebuffer capabilities and can process large amounts of data.

In some cases, the GPU is integrated into the CPU, or in other cases, it is a discrete piece of hardware. The latter is usually more powerful than the former.

RAM is a type of memory that stores data temporarily. It has a number of uses in a computer. For instance, a computer needs it to quickly read and write data.

There are many types of RAM, including DRAM and SRAM. Although they have different functions, each can improve your PC’s performance.

Storage devices are important components in the hardware of a computer. They enable you to safely access and store information. These types of devices can be either internal or external to your system.

Typical computer storage devices include a hard disk drive (HDD), a CD-Rom or DVD, or flash memory. You can also choose to store data on a cloud server.

When you buy a new computer, you may be able to choose to have a solid state drive installed as the primary storage device. These devices can offer faster and more reliable performance than traditional hard drives.

Input devices are the components of a computer that allow users to input data into a computer system. These devices come in many forms and include text, images, and sound. Some of the more common types of input devices are keyboards, mice, and touchscreens.

Keyboards are the most common type of input device. They have a keypad, arrow keys, and various commands to help you enter information. These devices are connected to the computer via a USB cable or Bluetooth.

The mouse is the most popular pointing device. It is a hand-held device that enables you to move the cursor around the screen. There are several different mouse models, but all have buttons for clicking and a wheel between the buttons.

There are many output devices that are used in computers. These are used to transform data into visual, audio, and physical forms. They are referred to as peripherals. Some examples of these include printers, projectors, and speakers.

Output devices are necessary for computer use. The main purpose of these devices is to provide users with the information they need to function. By converting the digital data into a human-readable form, they improve the user’s ability to understand and process the data.

A monitor is the primary output device on a computer. It allows a user to interact with the system. The monitor typically presents data in a graphical user interface. However, it can also be interactive, like a touch screen display.